The Centers for Disease Control (CDC) estimates that each year 48 million people in the U.S. get sick from a foodborne illness. A key aspect of preventing such illness is ensuring restaurants and other food establishments prepare and serve food safely. One way food establishments can protect their food is through voluntary Certified Food Manager (CFM) training, which supports proper food safety practices and decreases government health inspection violations. A new study by the School of Public Health looked at the use of two interventions — CFM training and paid third-party food safety inspections — and found they are associated with reduced violations cited in official health inspections. 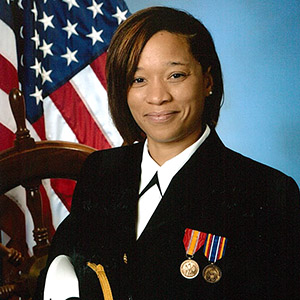 “Our results support recent recommendations from the U.S. Food and Drug Administration encouraging the use of CFMs,” says the study’s lead author and doctoral graduate, Xarviera Appling (PhD ‘18). “However, our findings also suggest greater complexity in the characteristics of food safety management, which include the role of third-party inspectors and whether the person in charge was the CFM of record.”

The study, which Appling conducted both as a student and while working as a city health inspector, was published in the Journal of Food Protection.

Appling examined the effect of food safety management practices on inspection risk factor violations by evaluating the results of 546 routine inspections in the cities of Bloomington and Richfield, MN, between 2016 and 2017. Risk factor violations include hand-washing sinks that were not stocked with soap and paper towels, kitchen contaminated equipment, such as can openers, knives and dicers, and time and temperature violations, such as the unsafe hot holding and cold holding of prepared food.

The study specifically reviewed if the food establishment’s CFM of record (CFMR) was present during the health inspection, whether the person-in-charge (PIC), such as the manager, was a certified CFM, and whether the establishment used a third-party inspector to audit food safety policies and practices.

The relationship between the establishment’s food safety management practices and the rates of inspection violations varied by risk factor category. For preventing contamination by hands, the lowest rates were found for inspections in which the CFM of record was the PIC. However, for potentially hazardous food time and temperature violations, establishments that used third-party inspectors had lower percentages of violations.

After completing the study, Appling used the data to educate the food establishments in the cities of Bloomington and Richfield on the most cited risk factor violations during the study period and the benefits of CFM training and third-party inspections. Appling is now an Environmental Health Officer in the United States Navy where she plans to continue her work in food safety practices and research.