When Linda Fried talks about old age, she does it with eyes wide open and decades of expertise on the subject. She paints an exciting and radical picture that is as optimistic as it is practical. With the opportunity to live longer and healthier lives, she believes that we can now create a new model for aging that benefits all generations. She calls it the Third Demographic Dividend — an asset that can offer real meaning for everyone involved and needed support for our society.

Fried is Dean of Columbia University’s Mailman School of Public Health and a world-renowned geriatrician and epidemiologist. She brings her vision for aging to SPH on February 4 when she gives the 2019 Gaylord Anderson Lecture, part of the school’s 75th anniversary celebration. Her long list of honors includes the U.S. Congress naming her a “Living Legend in Medicine” and, as a member of the Milken Institute’s Center for the Future of Aging and the MacArthur Research Network on an Aging Society, she pushes the boundaries of society’s view of aging.

In a conversation before her visit, Dean Fried shared her thoughts on why she became a geriatrician, the myth of the old age burden, the potential of our 30-year increased life span, and what could be possible if the U.S. truly supported its aging population.

SPH: You were trained as a physician and cardiovascular epidemiologist and planned to spend your career preventing cardiovascular disease. How did you end up in geriatrics?

Fried: In 1986, I had a faculty position in general medicine and epidemiology at Hopkins in the Welch Center for Prevention, Epidemiology, and Clinical Research and was very happy. Then two things happened. A colleague who had been recruited to be the head of the division of geriatric medicine walked into my office and said, “I think you should go into geriatrics.” And I basically told him that I couldn’t be less interested! But I happened to respect him, so, for about 24 hours, I studied the current data around aging and found, among other things, that we had added 30 years to human life expectancy in the last 100 years. That’s an amazing story! But all the headlines were declaring this incredible achievement a disaster we couldn’t afford. It made no sense and it made me wonder, “Okay, we’ve added a whole new life stage. How do we make it great? What are the possibilities?” So, with those questions in mind, 36 hours later I walked into my colleague’s office and said, “I’m in.” And I changed fields. It was the best decision I’ve ever made.

SPH: Part of the disaster mentality around a long life span is the worry over an increased chronic disease and societal burden. How do we address the sky-is-falling mentality?

SPH: So now we have an extra 30 years added to the average life span and we know that if people can arrive at age 75 healthy, they are on track to stay healthy. What do we do with that “extra” life span?

Fried:  We need to invest in ways that will keep people healthy. If we increase the “health-span,” and we create the new kinds of social structures and institutions so people can stay engaged in making a difference — which they want to do — then we have the potential to fully experience the opportunities and assets of our longer lives. One thing we’ve learned about people as they get older — and this was posited by the human development researchers Erik and Joan Erikson — is that they have two life tests to solve. One is to see if their life had meaning, which the Eriksons called “integrity,” and the other is to feel like they’ve done something that deeply matters that will endure beyond them.

SPH: This sounds like a foundational concept for what you call the Third Demographic Dividend that views aging as an advantage in what it can do both for the people who are getting older, and also for the entire society. Are we ready for this shift in thinking?

Fried:  We have a new reality we’ve created — a longer life expectancy — and it’s exciting, but we’re not supporting it yet in ways that will benefit everyone. Actually [former U.S. Secretary of State] Madeleine Albright talked about this lag in a different context. She said recently that, on the political side, we’re trying to deal with 21st century realities with 20th century institutions and 19th century theories. The U.S. has completely and consistently underinvested in its aging population. Let’s think about the design of cities. What if we designed urban building environments for old and young? We’d have cities that were better for everybody. If we designed medical care delivery systems to meet the needs of old people, they’d be better for everybody. We haven’t yet designed public health systems for older people, but you know, the same thing pertains because it means you have to invest in a life course approach to prevention. So, you have a healthy aging society, which means everybody else of every age would be getting what they need to stay healthier.

SPH: You created Experience Corps, now run by AARP, that puts older people in elementary schools to help children who aren’t reading at grade level become great readers by the end of third grade. It seems a perfect model of what reframing aging as a benefit could achieve.

Fried: My goal in creating Experience Corps, which is a public health program, was to demonstrate that we could create new social institutions that would meet and harness people’s needs [to contribute to the next generation], while helping them stay healthy. And to have a program that could exist in every community and on every block. 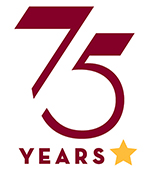 Transforming Public Health for 75 Years
In 2019, the University of Minnesota School of Public Health (SPH) celebrates its 75th anniversary. Since 1944, SPH has prepared some of the most influential leaders in the field and has transformed the way public health is practiced around the globe.

Learn more about Dean Fried’s vision of an aging America and join us for this special event as we kick off our school’s 75th anniversary celebration!

Register for the event | View the live stream